'Vader' arrived from the Czech Republic in July 2010 and he has more than exceeded our expectations.  Vader is everything we have ever wished for and he oozes breed type with his small ears, magnificent headpiece, strong bone, that all important 'waving plume' and his movement is exceptional!  More importantly he has a fantastic character and he passes this down to his progeny.

Sam is son to our 'Seren' Lux JCH Icewolf It's Only Witchcraft (a.i) and 'Attraction' Attraction del Biagio who lives in the Netherlands.  Sam has lots of character and ring presence and we look forward to campaigning him both here in the UK and Europe. 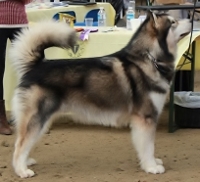 Kesuk is son to our 'Pagan', Icewolf Practical Magic and he has already exceeded our expectations by achieving his Stud Book Number and Crufts Life Qualification together with a number of other awards and achievements as below.  Kesuk has a big personality and is a joy to have around.

Seren is a daughter to Pagan and her sire is 'Blue', INT/Multi CH Blue Wolf of Snow-Storm who lives in Slovenia.  Seren is the result of our first artifical insemination breeding and we couldn't be happier.

We look forward to campaigning Seren in both the UK and in Europe and Seren made her debut in the Netherlands aged 5 month's taking Best Baby Puppy in Show 4.  Seren has also gained her Luxembourg Junior Champion title. 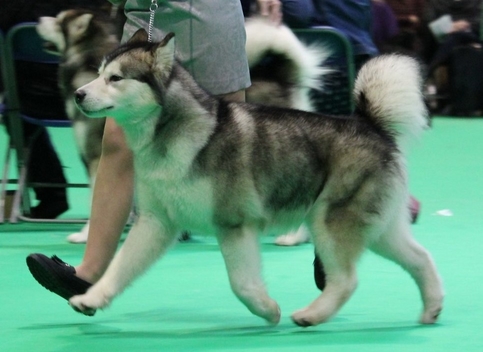 Ice is a beautiful girl from Italy and comes with an impressive pedigree with her dad being the outstanding Multi BIS/Multi CH Ice Crystals Top Gun 'Maverick' and her mother the impressive Multi CH Bear Pak Devine 'Didi'.  We cannot thank Vincento and Franco enough for our beautiful girl and we are pleased to say that at our first outing just turning 6 months old she won her class and is Crufts Qualified for 2014. 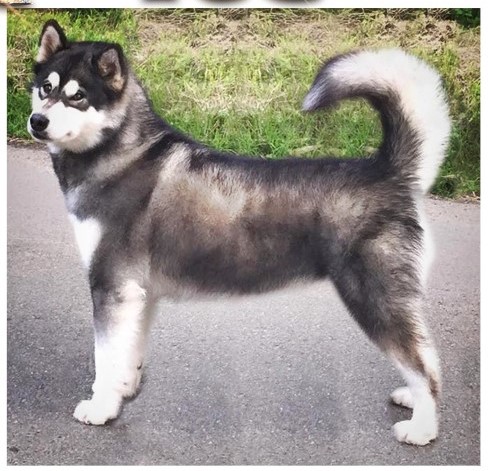 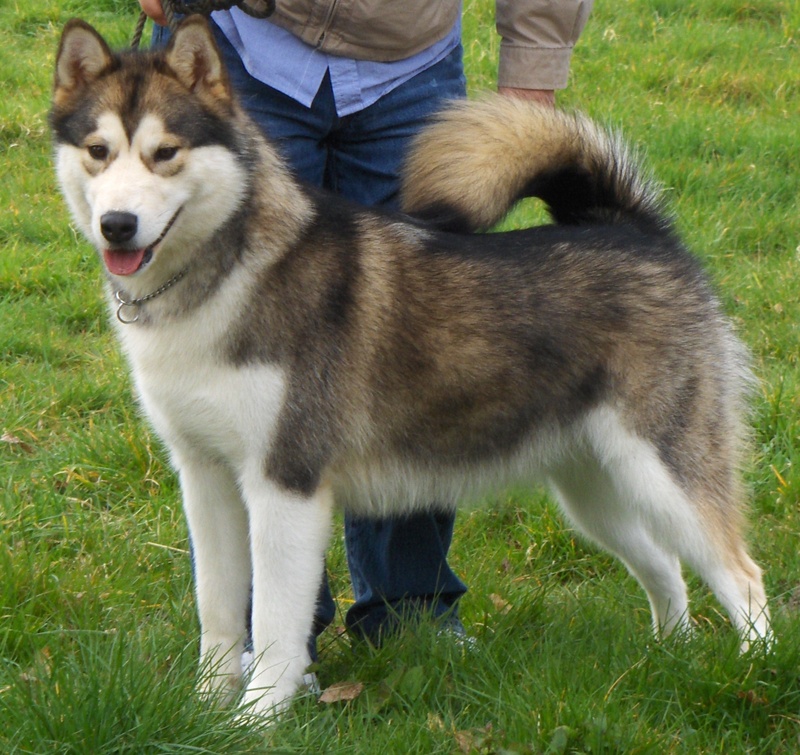 Scarlett is our beautiful homebred girl and what a girl she is!  Scarlett started her show career in January 2009 whereby she won a very strong puppy bitch class.  To date she has won many first places and 9 x BB and  4 x BOB at International Championship shows and we are proud to say she qualified for CRUFTS 2010 at her very first qualifying show.

Max is our homebred boy out of Scarlett, INT CH/SVK CH/SRB CH Icewolf a Touch of Scarlett, Slovak Winner 2010 and Vader INT CH Under Icewolf's Star Inditarod JW ShCM EJW'10 and we are delighted that he is exactly as we wished for and has qualities from both his parents.  Max now resides with my good friend Kimberly Jebson of Austmans Malamutes.

'Max' is pictured here at 2 years and 4 months old, winning his class at Working and Pastoral Breeds Society in July 2013 under breed specialist Sharon Loades (Snowolf) 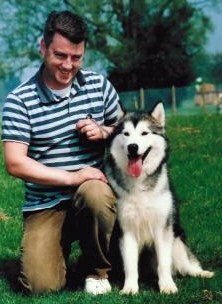 Our hearts were broken today when Mishka left us ....... but she leaves such a legacy behind

Mishka came from the Del Biagio kennels in Italy.  Mishka, daughter to BIS BISS IT INT AM ROM AOM CH Royalstar del Biagio (Royal) was only been lightly shown but oozed quality and had fabulous movement just like her dad.

For us she was the 'package' and had fantastic bone, small ears, correct harsh coat and that 'rare' waving plume!

Mishka had only ever been lightly shown as she didn't seem to enjoy it as much as we hoped for, but when she did she achieved some memorable achivements including winning a very strong limit class in 2010 gaining her Stud Book Number.  She also attended the World Dog Show in Paris gaining a remarkable 2nd place and along with Vader was the only UK representative of the breed to be awarded a place.  Mishka also achieved the RCACIB at the European Dog Show in Leuwarden, becoming Vice European Winner.